Candidates for council routinely offer to address the homeless crisis with compassion. This is an ineffectual platitude. Katz, who has volunteered as a case manager for the Santa Ana homeless for the last 5 years, understands the need for compassion. However, he also understands the need for concrete plans which can be implemented and measured. And … done so expeditiously.

Addressing the Mental Health Crisis
The most visible and disturbing homeless challenge in Ward 3 arises from the individuals who exhibit chronic mental health behavioral patterns that pose a risk to themselves and others. There are debates among “experts” as to what percentage of the homeless population this category represents, however, Katz believes that effectively addressing this category will have the greatest impact on the quality of life of the residents of Ward 3.

Although collaboration with other cities and the county would be elegant, Katz’s approach would be more effective because it would not depend on corralling the help of entities that have historically worked against Santa Ana (e.g., designating Santa Ana for construction of county shelters or “dumping” homeless within our City’s boundaries). While Katz believes he can work effectively with the County – two of the supervisors attended Hastings College of the Law during the same period as Katz – he will handle this issue unilaterally to achieve immediate results.

And we can with the resources that are already available to us. And in compliance with the August 2019 Settlement Agreement in the OC Catholic Worker federal lawsuit to which Santa Ana is a signatory and bound by its terms through 2022.

Currently, Santa Ana has a two Quality of Life Teams (QOLT) assigned to the Western and Eastern sides of Bristol Street. Katz would lobby our City for one additional QOLT to be designated to Ward 3 (and the North Main St. corridor), only.

The QOLT is currently comprised of 4 police officers. For a variety of reasons, this is not optimal. First, while provided with some training on dealing with the homeless, a police officer’s knowledge and experience with dealing with this demographic is inferior to a social worker and/or psychologist. Second, the homeless fear the police, so the encounter is infused with tension from inception. Katz would reconstitute the QOLT with System of Care personnel who are specially trained in programs and services benefitting and supporting homeless with mental illness. The team’s primary goal would be to ensure that situations involving people in crisis are defused so to avoid force. This can be accomplished with a team of professionals who are trauma-informed and recovery-oriented.

Patrolling the Ward and working in tandem with an informed and watchful Ward 3 constituency, the QOLT can rapidly identify appropriate candidates for this initiative.

The QOLT would transport the homeless to a facility that is supported by wrap-around services and provides the individual with single room occupancy for a period of 30 days. This period would serve as a triage period during which time professionals could assess the underlying issues. There is a percentage of these individuals who will remarkably bounce back to lucidity with the benefit of privacy and tranquility that cannot be offered at a shelter. These individuals can then be transferred to transitional housing and tracked for counseling and employment.

Unfortunately, there will be a portion whose mental illness will not be resolved during the triage period. These individuals would be transferred to OC Mental Health Services. During the triage period, it would be determined if the Public Guardian program (located in Santa Ana on Grand Avenue) should seek conservatorship in order to be vested with decision-making authority for the interest of the individual.

A homeless individual tends to remain within a finite geographic area. If we stay the course with our addressing twenty to thirty individuals each month, the impact on Ward 3 over the course of a year will be dramatic.

Making Santa Ana “Less” Attractive
In a recent conversation with a recovered addict (“Chrystina”), Katz learned that Santa Ana is considered to be the Meth capital of Orange County. Chrystina confided to Katz that she can be dropped off anywhere in Santa Ana and, within 20 minutes, she can purchase Meth.

The drug crisis is no longer solely borne from smuggled product. Pill press operations are being run by garage chemists and most of the product is being sold in Santa Ana.

Homeless addicts come to Santa Ana to purchase product. Or addicts are created in Santa Ana who subsequently become homeless. Katz would work with the SAPD to develop an effective program to dismantle the local Meth chain of distribution.

A Steward of Santa Ana’s Assets
The amount of money doled to outside contractors in the name of solving the homeless crisis is substantial. Unfortunately, not all contractors have Santa Ana’s interests at heart. Resources are diverted to other cities and their homeless.

Katz will take responsibility for the people of Santa Ana. He will make sure that our employees and contractors only support people from Santa Ana. 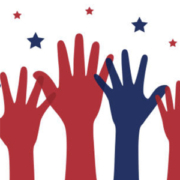 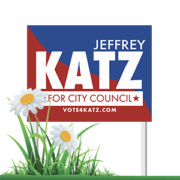